Fill out the form below to request information.

You can also email info@airhousemusic.com or call 316-613-3378 for Trumpet lesson information. 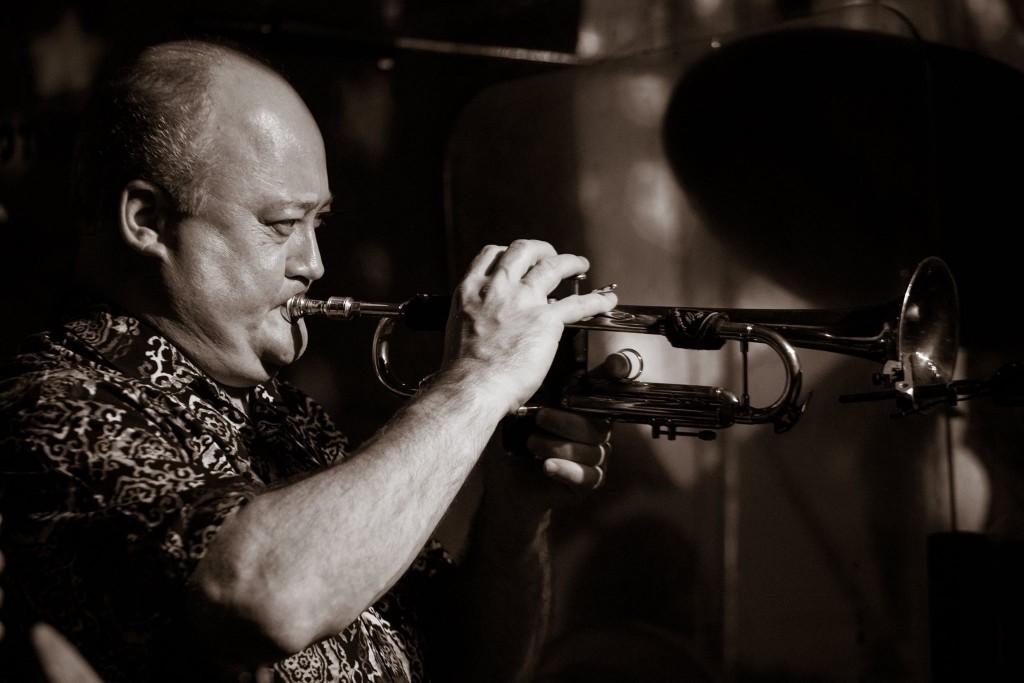 Grant Young has a Bachelor’s degree in Music Education from Wichita State University. He has taught privately for more than 25 years and has had students in all of the areas honor bands: Kansas Music Educators Association state band, Kansas Music Educators Association state jazz band, Wichita Wind, Youth Symphony, and the Mid-Kansas Jazz Ensemble. He is the leader and lead trumpeter of the Air Capital Big Band which has been featured at the River Festival and the Sedgwick County Zoo summer series of concerts. He heads the Latin jazz ensemble Sol Y Sombra which also has been featured at the River Festival, the Sedgwick County Zoo summer series of concerts, and the Bradley Fair summer series of concerts. He has worked several years as a jazz adjudicator and clinician at the Wichita Jazz Festival. He has played for a variety of musical groups including: Ray Charles, Ice Capades, Ringling Brother’s Circus, The Temptations, Shrine Circus, Patti Page, Music Theatre of Wichita, Marilyn May, National Pro Rodeo, and the Fabulous Flippers. He has played the last 8 years for the band Lotus, the house band at Margarita’s Cantina. Lotus has been voted by the Wichita Eagle Wichita’s best live band and best house band.

Justin graduated from Friends University with a B.A. in Music in 2016. While attending Friends, he participated in Singing Quakers, Jazz Vocal Ensemble, Chamber Choir, and Keyboard Ensemble. He also received four years of instruction in classical piano and vocal technique. Along with his studies in piano and voice, Justin plays trumpet, french horn, and acoustic guitar.

Since his graduation from Friends University, Justin has been actively involved in making music in Wichita. From 2012-2016, he performed and recorded two albums with the folk rock band, Commonfolk. Both albums were recorded and mixed at Air House Studios. As an active member and Bass section leader of the Church of the Savior Chamber Choir, he has performed a wide range of sacred works by master composers such as W.A. Mozart and Francis Poulenc. He is currently exploring the songwriting process and hopes to begin sharing his music at local venues this year.

Justin has been teaching piano lessons for the past 2 years. He has taught various styles and genres including classical, pop, folk, jazz, and ragtime.  While Justin teaches classical and popular musical technique, he also encourages his students to engage in music creatively through composition and improvisation. He believes that creativity is vitally important to the learning process and that anyone interested in music should feel free to explore its many wonders.

Mary Beth “Izzy” Byers is a Kansas-based vocalist, trumpet player, and composer, with experience in guitar and piano as well. She started singing as soon as she could talk and found her passion for songwriting as a freckle-faced youngster. Miss Byers has had many experiences, including the opportunity to open for the Pentatonix, perform at the New York Voices Vocal Jazz Camp, and share the stage with many stars in jazz, including Connaitre Miller of Afro Blue. After starting her local music career, she decided to go on the World Race, an organization that allowed her to volunteer in 11 countries over 11 months. Little did she know how many passionate musicians she would meet. Eventually, she uncovered a fresh love of music, performing on 3 different continents, numerous countries,  and rediscovering joy for her career path. Mary Beth (who writes and performs music under the psuedo-name Izzy), has also performed onstage during the Panama Jazz Festival (in Panama City, Panama) and for numerous events during her times of travel. She has also instructed numerous students with language barriers, health challenges, and other challenges, but has successfully learned ways to teach musicians from many different backgrounds and cultures all around the world. Currently, she releasing a new album in 2019 entitled “Discovering Home.” This album will highlight her travels, experiences, and growth as a woman and a musician.  Miss Byers is thankful and honored to join the Air House family and is looking forward to sharing her gifts and passions with all students.